The medium known as Twitter used to be a piece of the puzzle I didn’t get. I am not interested in famous people doing things I cannot afford or the hygiene habits of anyone–celebrity or civilian. Then Twitter was at the heart of of the Arab Spring, political debate, and of course, food culture.

Now I’m on Twitter all the time.  Twitter has been the form of social media where my following has grown the fastest.  It is a virtual cocktail party where people say pithy things and make and break friends on the daily.  It’s so important that Tweets are archived.  The billions of words uttered on Twitter are not just part of an endless digital feed, they are records of our civilization as we currently live, experience and digest it.

So why throw an enslaved cook in the mix?  Meet @antebellumchef

There are other anachronistic Twitter accounts to be sure, but very few like mine which deal with the day to day existence of a person from the past.  @antebellumchef on Twitter is my way of bringing to life another side of myself that has a lot to say about food, cooking, the past.  On Twitter unfortunately, people expect @Koshersoul to be a clearing house for all things kosher and Black/soul food, etc…..For me, I don’t really feel that…@Koshersoul is a nickname, kinda like when I say “Chocolate Chosen,” that embraces two sides of my current self that are spiritual, historical, ethnic, cultural, “racial,” etc.  It’s supposed to be the whole me, but I find myself limited and a bit fenced in by people’s perceptions of that branding and name.  People don’t want me to talk about certain things—namely anything “trayf,” or non-kosher food..and that’s hard when you’re trying to be in the flow of all things food related.

@antebellumchef doesn’t have these dilemmas.  He is an unmarried (and there are reasons for that), 30 something Black male living in about 1858-1859 leading up through the Civil War.  He covertly reads under cover of darkness and on Sundays, he notes the intrigues of the Big House and talks (tweets) about the world around him with its mundane colors and infrequent crises.  His dream is to run away and become a wealthy caterer in the North.  For now he has no name but that may reveal itself in time.

@antebellumchef is a way for me to express how I view food.  It’s easy as a person who does living history to become wrapped up in replication of traditional or historic foods and recipes.  I think of myself as an untrained but educated chef whose education is right out of the 18th and 19th centuries.  That’s not really a job that markets itself in the 21st century.  My mind is fixed on 18th and 18th century foodways of Africa, the West Indies, South America, and South and early America with the eye of at 21st century food person.  I am limited to the ingredients and methods of the time, but with a contemporary eye and with contemporary advantages. I want be so anchored in the wisdom and experience of the historic and global kitchen to the point where I can channel the recipes we’ve forgotten. 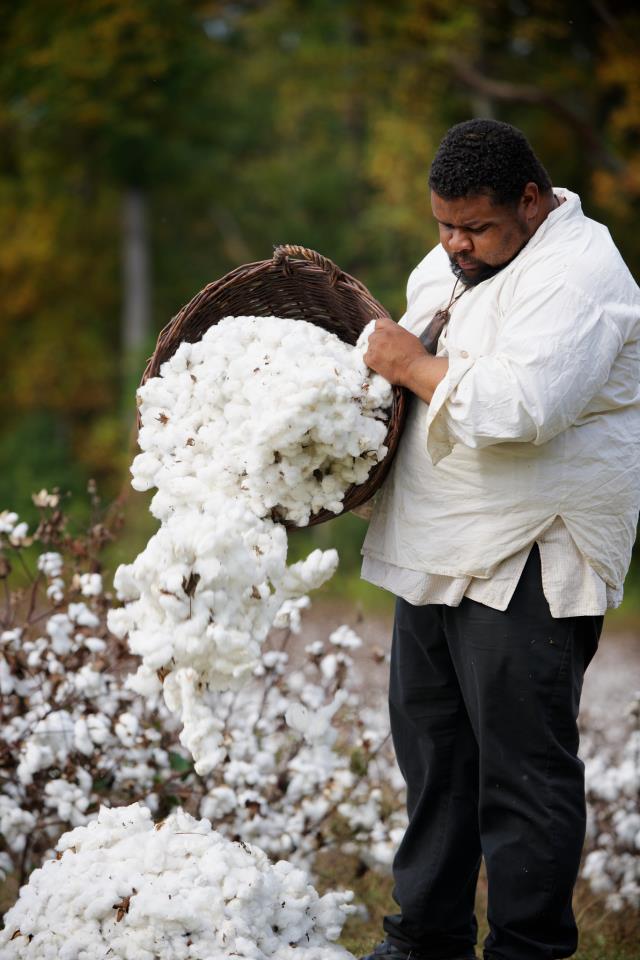 @antebellumchef allows me to bring some of that energy out.  It’s a very lonely place to be otherwise.  Food and culinary historians, contemporary chefs and food writers, academics, food producers, and the like do not have all of those identities in one person.  I don’t fancy myself a culinary savior.  I suppose I am a culinary preservationist, but at the end of the day I guess one of my dreams is to not just create recipes in the image of the past but to bring to those ingredients a contemporary life they have not yet known.  I get great pleasure out of the minutiae that you need to know to do what I do, and an even greater pleasure teaching those facts to others.

This is where I think as a cook and not just as a food person absorbing other people’s energies.  Because I don’t have a restaurant or cookbook where I demonstrate that product for you as of yet, this account allows me to let you into my mental gymnastics as I try to figure out “What’s for dinner?”  But I also have to think about power, ethics, control, food injustice, discomfort food and culinary plagiarism…both with an contemporary and an antique mind.  It’s the nature of ingredients, their story, their relationship to each other, to the land, to me, to the eater.  Outside of my kosher/soul and antebellumchef identities I’m more of an culinary voyeur, but with them I have agency, choice, discretion and an opinion.  How ironic that they are on two opposite poles of ways to enjoy and understand food.

@antebellumchef is also a place where I can vent my spiritual energies.  I’ve been to a lot of plantations and sites where enslaved people live.  From a spiritual place, it’s a very lonely place to be.  Many people are afraid of this part of our history—apologists hate it because it is part of our American original sin.  Many people of color shy away because it brings up inarticulate anger, shame, disbelief and conflicted feelings.  Others disassociate, don’t know what to ask, don’t know what to say.  I was extremely insulted when an Internet troll said they felt sad for me because I was so fixed on the pain and anguish of slavery.  The reality is I know that the plantation was the proving ground for the culture I am heir to.

I am the most attached to these Ancestors—from Africa to America to the Civil War because they are most easily forgotten.  I dream of them, and the mere thought of them brings me to tears. I often feel as though we have not loved them enough.  As moderns we have tended to pity them, while I put my pride in them.  I want to teach their songs, their folk beliefs, their medicines, their foods, their aesthetics, their cosmology, their infinite wisdom and @antebellumchef is my way of ensuring that as many 21st century people as possible will know that heritage and pass it on.  It is my great fear that those who want to forget, those who want to ignore and those who don’t know how to ask or don’t care to will condemn these Ancestors to the ultimate death—national amnesia.

23 comments on “Why @antebellumchef ?”