So–Some of you have come to me with the question about the African origins of crops found in the Americas.  I want to give simple answers here so you have something at your fingertips.

Let’s talk about crops in the African Atlantic World—everybody is moving them around–Africans, Arab traders, Southeast Asian mariners, Europeans.  Europeans move around certain crops as they create castle and fortress after castle and fortress on the coast to establish the trans-Atlantic slave trade.  See Stanley Alpern’s work for solid documentation on each and every crop or foodstuff and how it was incorporated.  Judith Carney has done excellent scholarship with her books Black Rice and In the Shadows of Slavery, complete with charts showing crops of African origin.  Some foreign crops had been in Africa for so long that they diversified under the hand of Africans–like plantains and bananas, mangoes, and taro.  By the time these crops arrive in the Americas, they arrive from Africa with Africans as part of the slave trade.  There would be no American banana republics without first African bananas–and banana–is a word brought into European languages from Wolof, the main language of Senegal–a coastal nation and historically a major part of the slave trade.  Coffee is a crop of African origin–from Ethiopia–and but there were coffee varieties across the Sahel and down into Central Africa–(Coffea stenophylla and C. excelsa) but no C. “Arabica,”  in Brazil and Jamaica and Haiti without it first diffusing from Africa to Arabia and through the Levant to Europe, but Africans from across the continent knew what to do with it.

The yams of West Africa are not sweet potatoes, however sweet potatoes did fit well into cultures already used to relying on root crops.  When Africans encounter sweet potatoes as enslaved people they utilized them in ways similar to tropical yams.  Later, African varieties of sweet potato, like the Dahomey sweet potato, cross the Atlantic ocean and come to America.  Millet, sorghum, guinea grass and other forage and grain crops make multiple appearances.  Kola nuts and tamarind and varieties of oil palm may never have made it to the U.S. (as they did in Brazil and other parts of tropical Latin America) but they certainly became a later part of the economy through soft drinks, condiments, foodstuffs and industry.  Rice comes over in both African and Asian varieties.

Because Africa was so prolific in its varieties of food crops and animals during this period–many foods became known as “Guinea,” or “Angolan.”  Guineos–was a knickname for bananas in parts of Central America, the heart of the banana republic region.  Guinea squash, guinea grass, guinea hogs, guinea pigs, guinea hens, Angolan chicken, Congo eels, you name it–different species were attributed–sometimes erroneously to Africa.  No collards are not African, but they fit the bill in a diet much more in love with the year-round consumption of leafy greens than that of early modern Northern Europe.

There were also American crops and species that became important in West Africa through the time of contact through the period of slavery.  Tomatoes, corn, peanuts, tropical fruits like papaya, pineapple, guava and avocado became incorporated in the West and Central African diet, on the terms of the adapters.  Africa enjoyed incredible edible botanical diversity, incorporating crops from every corner of the world.  Unfortunately slavery, political upheaval, and colonialism underminded the ability of most societies to sustainably feed themselves, and famine Africa was born.

Crops of African Origins in the Americas:

Crops of Asian or American origin diversified and naturalized in Africa introduced to different parts of the Americas with African cultivars: 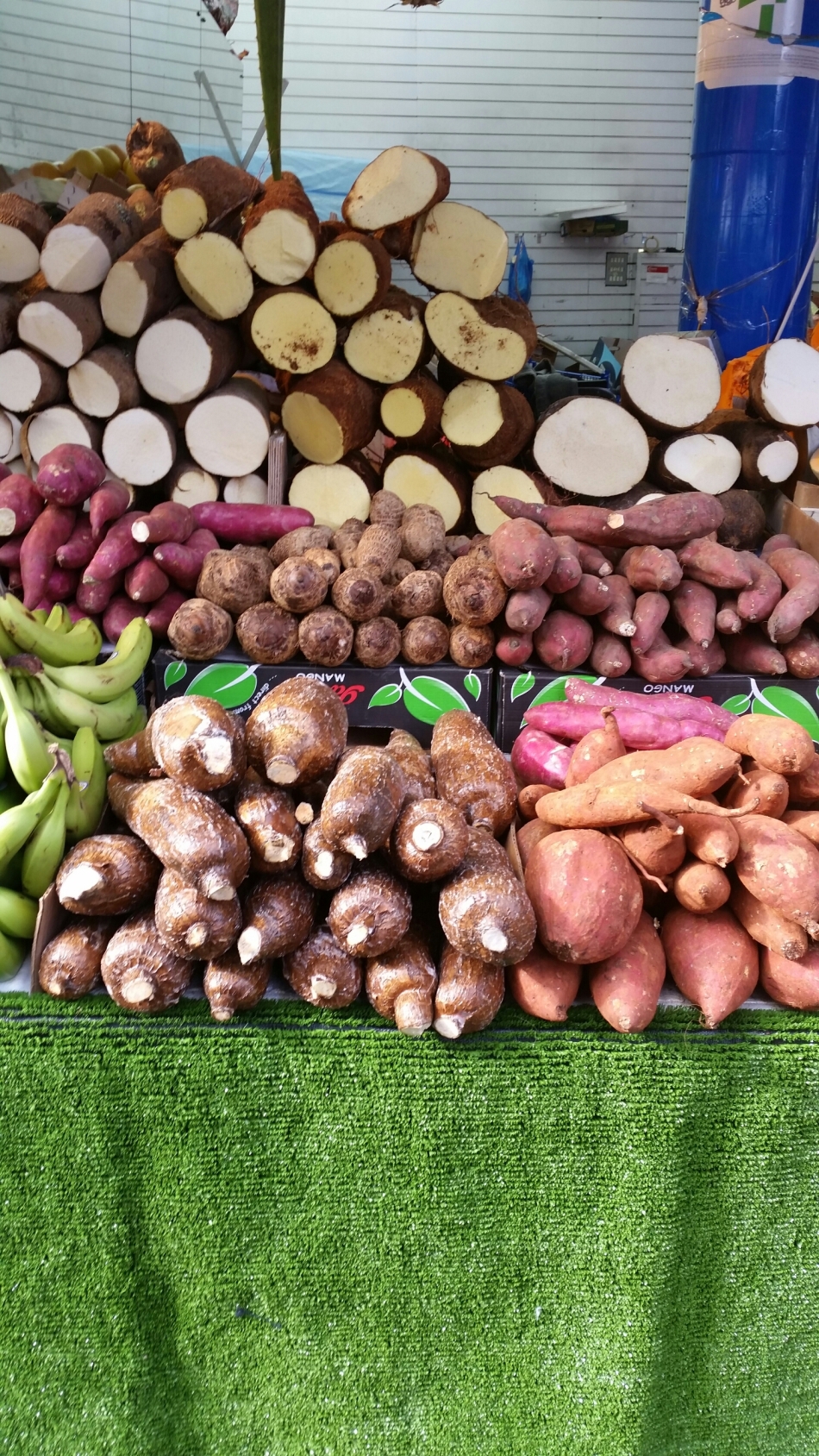 Animal varieties of African Origins in the Americas:

IF YOU FEEL SO INCLINED, be sure to buy my new book: The Cooking Gene (HarperCollins) !!