It’s National Soul Food Month. Yes there is such a thing! I thought I might take you on a tour of one of the sources of soul, the early Chesapeake. I’ve written frequently about the Chesapeake being the first “Creole cuisine,” in mainland Anglo America.  That is, it’s the first in which Native American, West and Central African, and European foodways linked in the context of the larger Atlantic world and with it, an even larger African diaspora.

Soul Food is the memory cuisine of the great grandchildren of the enslaved, not the food that the enslaved ate.  The “proto – Southern” food, to borrow a phrase from Dr. Leni Sorensen, was breaking away from its British roots while acquiring carefully laced layers of other cultures, all negotiated in the hands and minds of thousands of diverse cooks. Some 80 plus different peoples made up this exchange…they were Pamunkey and Mbundu, Mende and French Hugenot, Bamana, Choctaw, Sephardic Jewish, Igbo, Scots-Irish and Canary Islander. What they created together was the root of the Southern and Soul Food traditions we know today.

A few months ago, I worked with the African American Interpretive Department at Colonial Williamsburg to recreate an 18th century Southern meal reflective of the roots of African Virginians in the early Chesapeake and Tidewater. Training them and working with seasoned staff was incredible fun and I hope the pictures below give you just a hint of how good the food was and what to look forward to as the African American Historical Interpretive staff cooks several times a week at the Peyton Randolph House.

The tobacco fields were where all this strted. Tobacco paid for American freedom during the Revolution. King Tobacco asked very little other than complete submission of time and space.  A diet based on corn, salted migratory fish and pork, bolstered by gardened, gathered, foraged, fished and hunted foods. 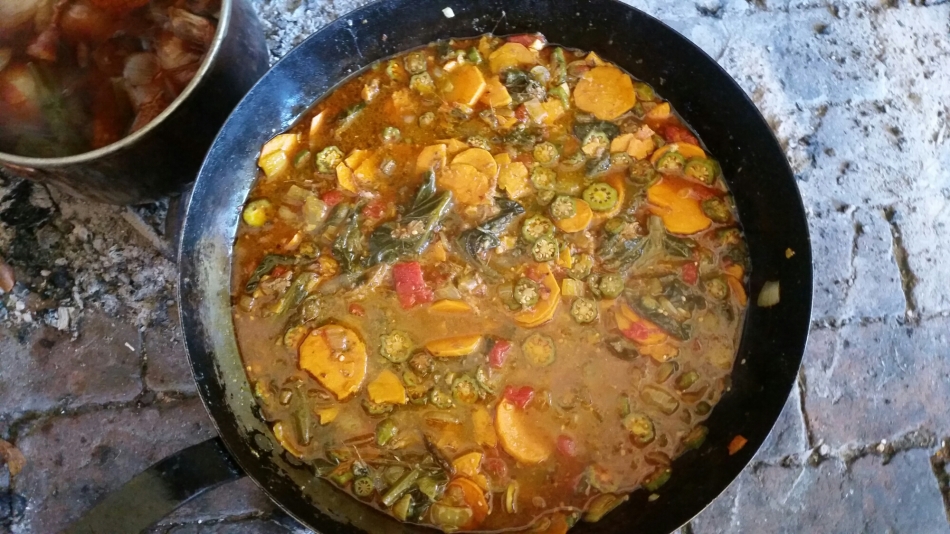 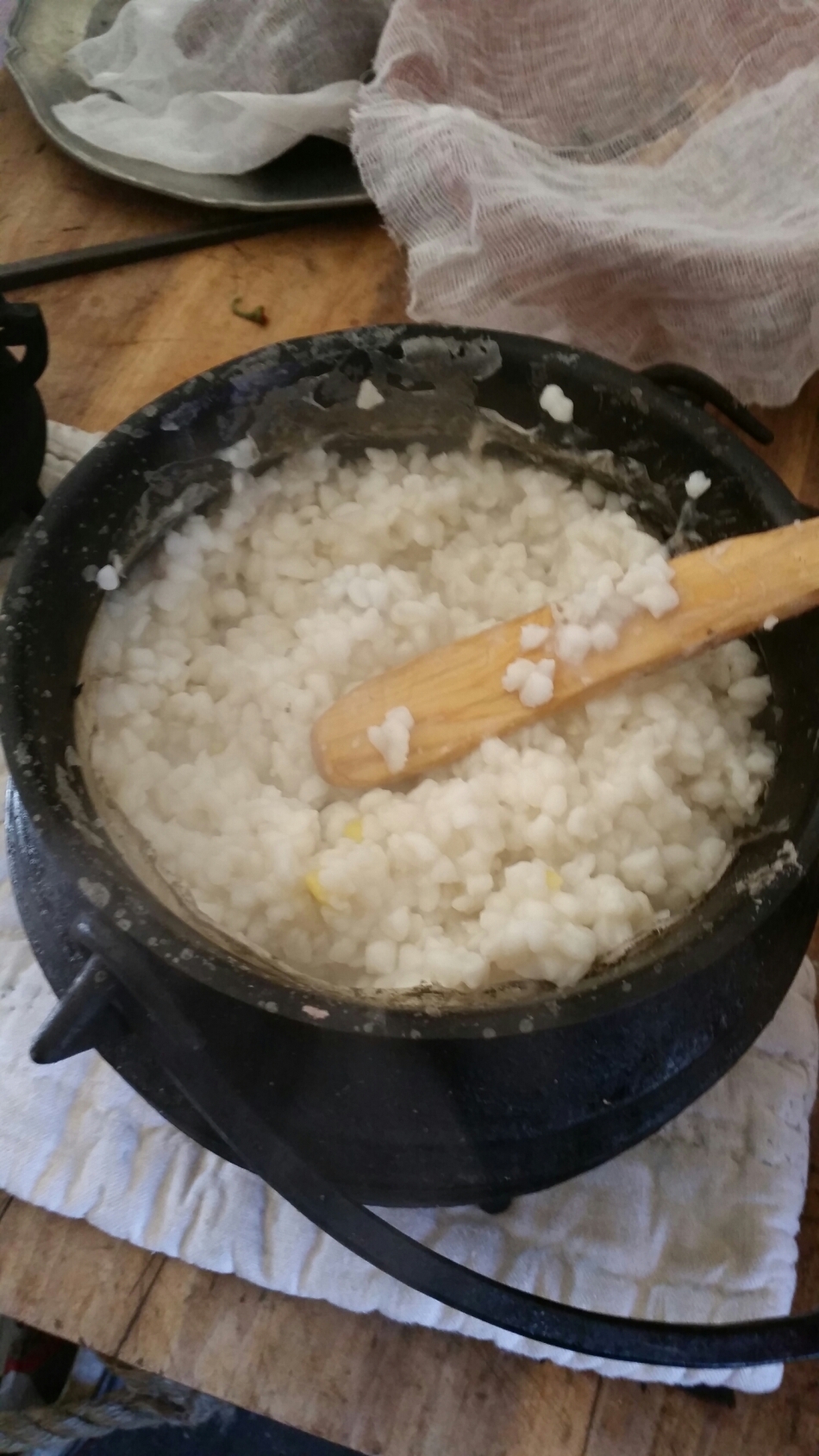 Hominy, a Native American staple, replaced grain porridges from Europe and Africa and became an important factor in Black reproduction and normative improvement in health.

Salted pork was a staple seasoning for kitchens high and low.  The bits of meat were less important than the smoky, salty, peppery flavor they provided. 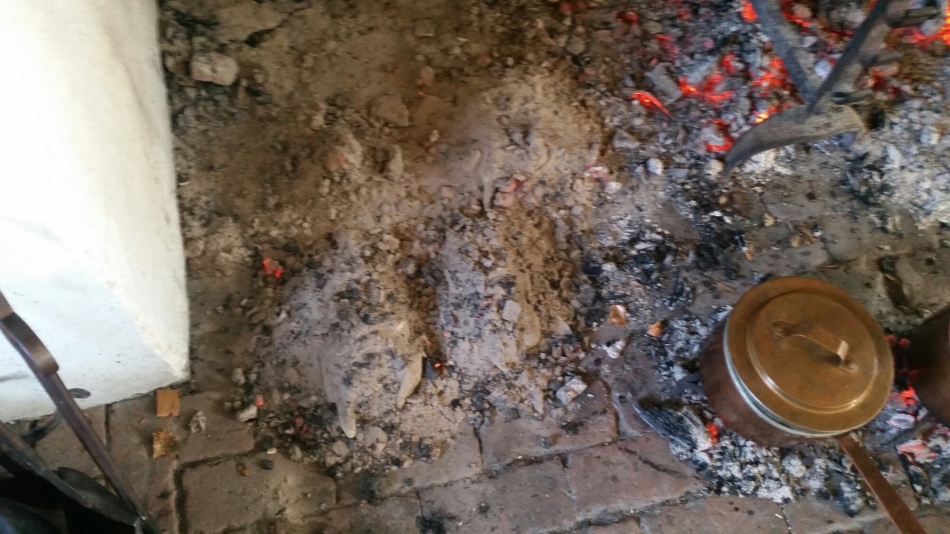 Roasting whole ears of corn and sweet potatoes in ashes .

Sweet potatoes roasted in the ashes of a fire. Stored in subfloor pits like these:

From enslaved people’s gardens came many of the staples of soul. Corn and sweet potatoes joined cymling squash, 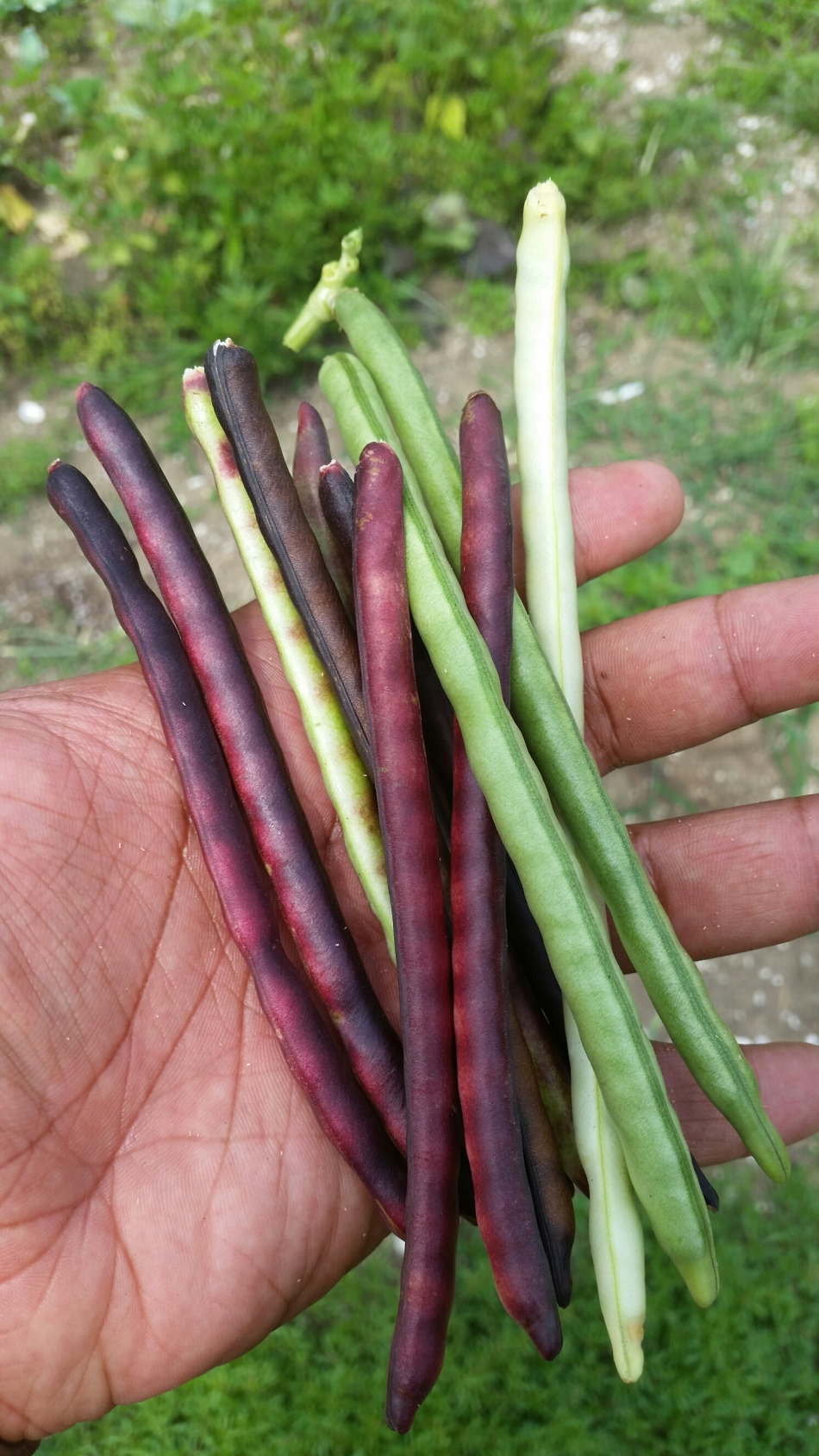 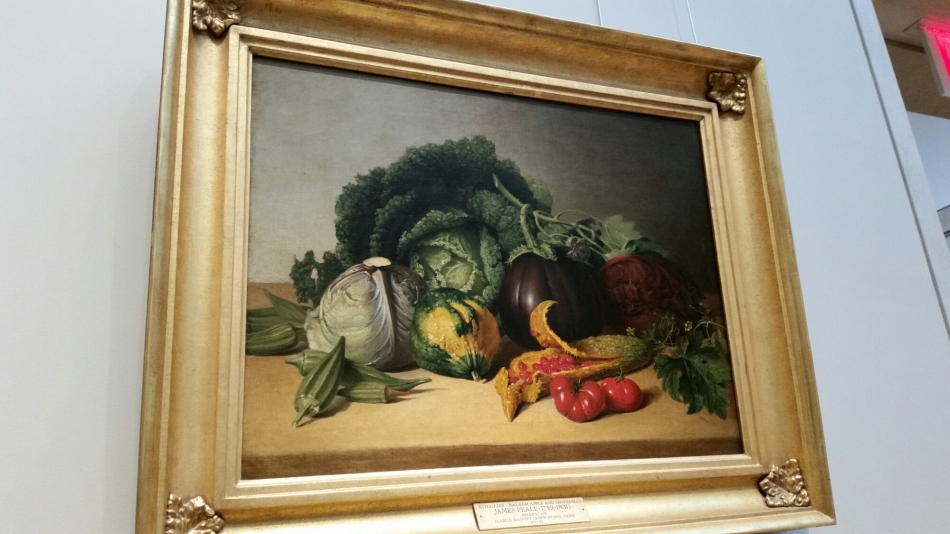 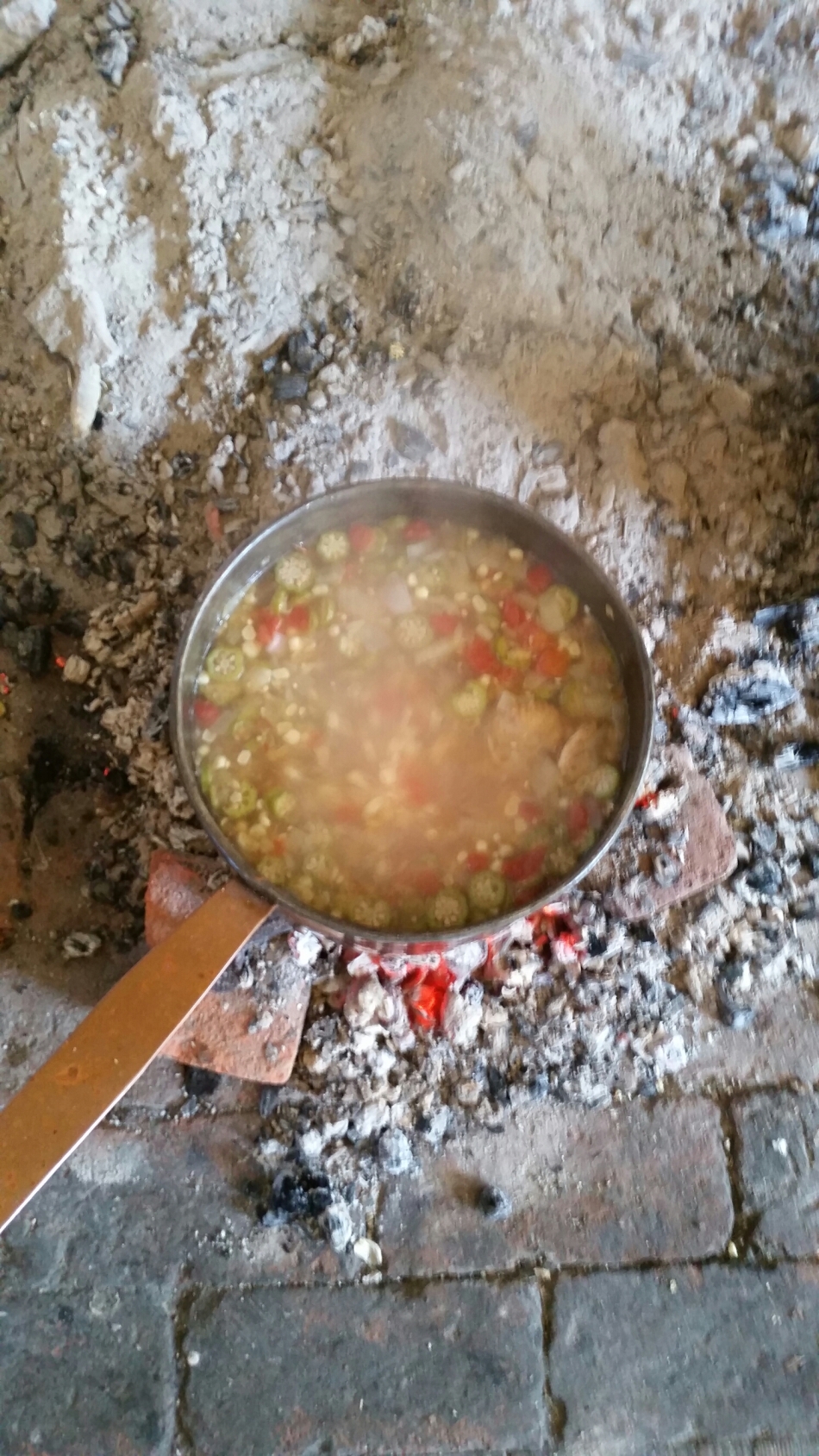 And a very very rare treat, fried chicken and hot rolls or wafers. Black people were known as the “chicken merchants” of the Chesapeake region. Our Ancestors raised chickens, Guinea fowl, ducks, turkeys and geese for their eggs, feathers and meat–mostly for sale.

If you were enslaved to King Tobacco wheat bread was rare until the switch to grain was eminent.. as were wafers…we figured out this was definitely not 18th century…to have wafers with chicken!

We just had fun…. 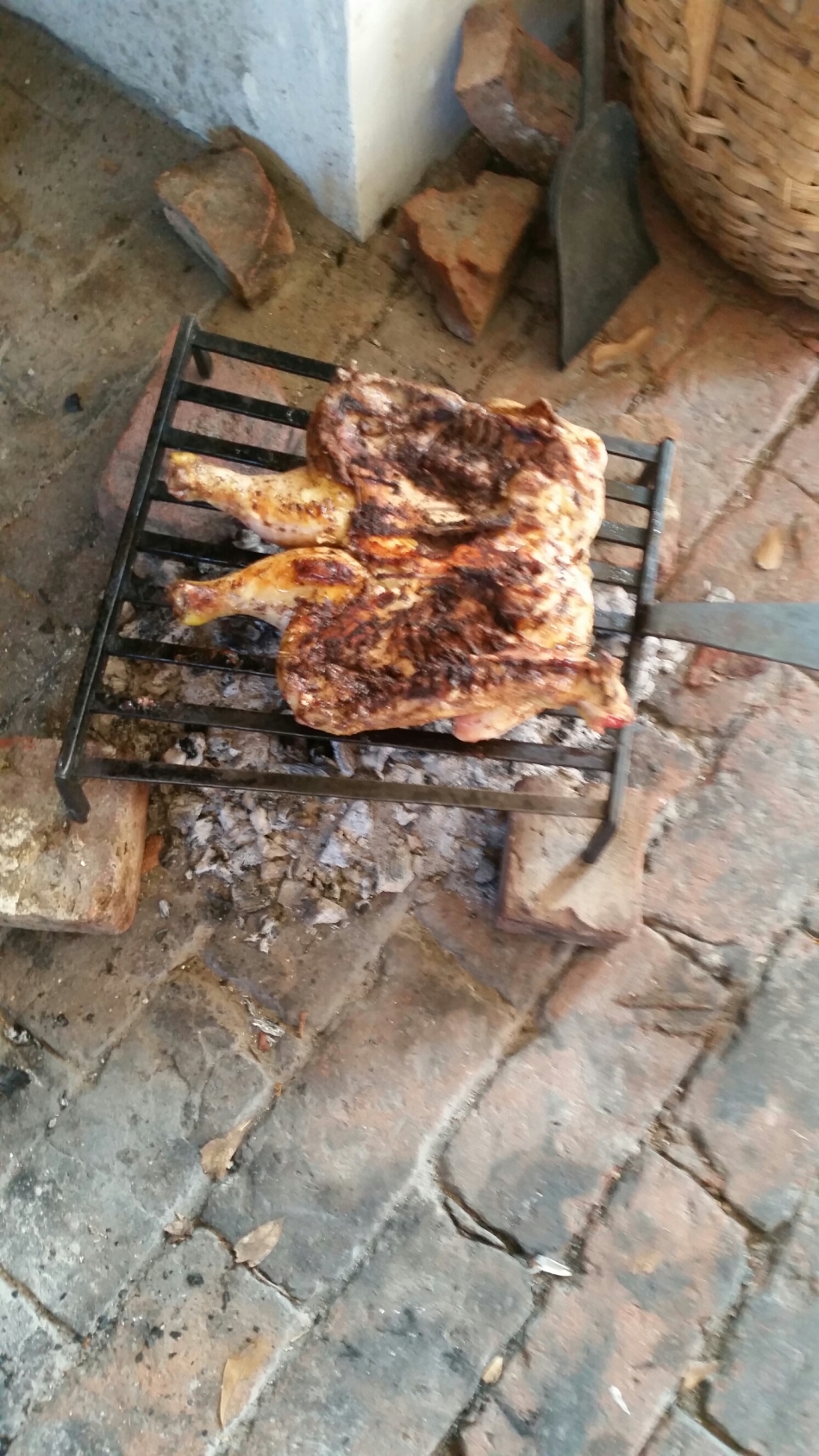 19 comments on “In Honor of National Soul Food Month: The Roots of Soul”