Afroculinaria is about to change for the better in several ways…more frequent posts, more recipes, more how-to and more reports on what I’m learning in the world of food and cooking from new friends and old.  My loosely defined “team,” of friends, helpers, supporters and fans have worked really hard to help us move up in the world.  We have limited means and we use what we have.  DIY is our aesthetic and whatever we get our hands on extra to achieve the blog’s mission is a boon and a boost.  This year has been INCREDIBLE.  I have been blessed to meet so many people who share the passion I feel for food with meaning and history with taste.

This is not the classic food blog everybody is used to where food is isolated and revered.  Food is no idol to me, its a means to an end to explore identity, place, self, community and spirit. And yet, there is always going to be a food angle, and food is important to me in how I tell stories.  My travels through the South this year have endeared me to my ancestral landscape and to the places I draw inspiration for my work as a historic cook/chef and as a contemporary food writer.  It was a great revelation to me that the very foods and resources that had come to define the Southern experience with food grown and raised by the enslaved in the 18th and 19th century were essentially enslaved themselves.  These foods—and ideas about them—were as much the property of the master class as the people who cooked them.  I suppose Afroculinaria is about to reaffirm itself as the blog where you come to learn about the authentic genealogy of the Southern belly.  This knowledge is essential to redefining the narrative.  The ingredients, the culture and the heritage of West and Central Africa are not tertiary in this story, the food is the wisdom bearer, the ancestor and secret of survival.

My travels have shown me a sort of brand palette…the same cider braised greens (by the way we never put vinegar or sugar in greens growing up so I find this base recipe very strange), the same meat and three template, the usual quartet of desserts–peach, apple, pecan, berries.  I longed for the experience of getting into the numerous wild resources that sat front and center at the heart of Native American and African/African American cuisines in the early South.  I will confess I am far more interested in 1630-1830 and 2030 than 1930.  Don’t get me wrong.  I love the places where you can go and get someone’s authentic versions of Southern comfort food.  My life has been infinitely changed from encountering Dooky Chase, Weaver D’s, Mama Dip’s and the like sort.  I found myself equally expanded by vegetarian Southern at Grit in Athens, kosher Cajun, classic Creole at the Gumbo Shop, dishes of honeysuckle sorbet and blueberry buttermilk sorbet in North Carolina, and the overall goodness of farmer fresh food from across the region—fresh rockfish and white perch in Maryland to Georgia and Alabama peaches, Mississippi crowders and cymlings, Florida citrus, Carolina gold rice, Creole tomatoes…

I think we are ready to move to the next level and do some rediscovery.  The family tree of Southern food tells me that many ancestral delicacies have been woefully forgotten.  So have the methods of acquisition.  We are missing the seasonal precision of the old ways.  What a surprise it was to me that the gumbo you cook is determined by the season and that will affect the order of ingredients, the seasonings, the entire experience is re-shaped by the semi-reliability of surrounding ecology.

Chef Vincent Henderson of Mobile taught me that, himself a 10th generation Mobilian chef of African and European descent.

It never dawned on me that my own family story could yield so many links to this distinct culinary wisdom.  The trees around my Grandfather’s house are heavy with pecans, pears, apples, black walnuts.  The gardens of his area of South Carolina were/are entangled rows of successive greens, watermelon and muskmelon, hot peppers, onions, green beans, eggplant, black eyed peas, tomatoes, sweet corn and anything with which to relish the classic 3 M diet of meat, meal and molasses.  We found out that that’s exactly what my great-grandfather left behind–cured pork, white cornmeal and gallons of sorghum molasses made from cane (also locally called sugar millet) produced on his land.  Grandaddy raised sweet potatoes.  You can still see rabbits, possums, squirrels, deer, turkey, raccoon from the Piedmont to the start of the Sandhills.  The steams and ponds are full of bream and catfish–and my aunt and cousin were busy on Fourth of July frying them up. 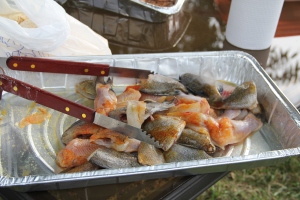 Persimmons and blackberries sit on the edge of the woods.  Everyone seemed to have their own peanut patch or ready source and chickens and guineas still stalk farms.  Rice has been forgotten as a local crop, but its cultivation accompanied the migration of enslaved Africans from the Lowcountry up. It stirs my mind that first mess of hoppin’ john I was offered on my first trip to South Carolina when I was around 6 years old.  Gone too are the goat barbecues,the consumption of field greens, and happy consumption of nightshade, home-grown benne, turtle, local crawdads, and a whole menagerie of critters that everyone seems to now disdain.  I was surrounded and everything said to me, “you are an heir, and this is your heritage.”  From the moment that first African assessed the landscape and started to nibble, I had a pedigree, a rightful place at the Southern table.

Earlier this year, I heard a well known chef describe a bowl of hoppin’ john in glowing terms.  “Pure.” “Beautiful.” “Honest.”  That dish may be all of these things but it is also connective tissue from Africa to America.  The rice culture that spawned that dish did not magically appear out of nowhere.  It was not magical in any sense of the word–poetic, esoteric, or literal….I count about a third of my Ancestors among the thousands brought to South Carolina to farm the crop and later cotton, indigo, tobacco and corn several ancestors.  Rice cultivation, shifting cultivation, swidden, and the growth of tropical crops was their transplanted agrarian civilization not a “contribution” as though it were a casserole brought to a potluck.  This was their mental luggage and their edible savior in exile.  The ingredients that make up the pantry of the rice kitchen were largely drawn from the larder of those who made millionaires out of the Carolina gentry.  To not specify this pedigree is in many ways unkind to the memory of not only my ancestors, but those of perhaps a quarter of all African Americans whose ultimate origin was at Sullivan’s Island, the Ellis Island of Black America.

Speaking of ingredients, in Atlanta, or better near Atlanta at the DeKalb Farmer’s Market I stocked up on spices.  The South is more than just salt, pepper, mustard and hot sauce.  We have forgotten the vast Southern spice cabinet…replete with fresh garden herbs, wild herbs, native spices and well-guarded spices from afar.  Apart from the Civil War the antebellum period and the twenty years before the turn of the 20th century saw a rich larder of flavors.  Southerners hand mixed their own kitchen pepper, curry powder, rubs and soup seasonings, and when certain items were not available, spicebush, peppergrass, sassafras leaves and buds, certain barks and roots, wild mints, gingers, and flowers took their turn or enhanced them.  I am more interested in ever in returning to that spice and herb palette and putting it to good use in recipes both reconstructed and recently innovated.  I want our knowledge and reverence back.  More than that, we need our food stories, our sacred myths, the old songs, the spells…the abracadabras that made this food above legend and below heaven.

We will begin to look at and take those sacred myths more seriously.  If we don’t preserve the sacred trust of the knowledge surrounding food, what have we saved?  Corn came from   the corpse of a Cherokee matriarch skilled in magic and calling energy from the land.  Black eyed peas are a multiplicity of Divine eyes staring at us, created to increase our fertility and perception of wealth.  Our breads recall the Celtic reverence for sun and moon, our homemade wines the interpretation of Eucharist in the bleeding juices of straw and huckle berry.  We must remember that some took their ration in beef not pork to honor halal.  We must remember the fat sheep and sharp knife of kosher slaughter in Colonial Savannah.  We must remember that biodynamics demands an angry soul to raise the hottest peppers. This sort of sermon does not go easily onto a tripartite Styrofoam plate.  These hints of inner meaning are not just poetry—they are didactic, imparting little lessons that no science or profession can measure.

This is not about farm to table–this is about soul to table and table to soul.

I have my marching orders, nuff’ said. 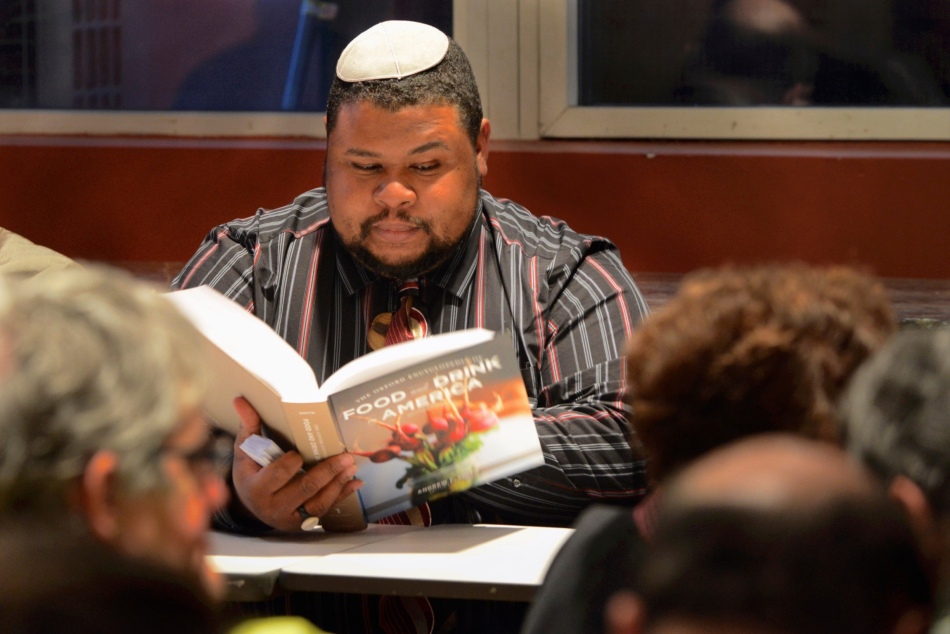 2 comments on “Where/Who We Are Now”