“Have you a good recipe for
crab gumbo, such as they give you in Baltimore?”

The recipe given came just as worded from a Southern
cook: 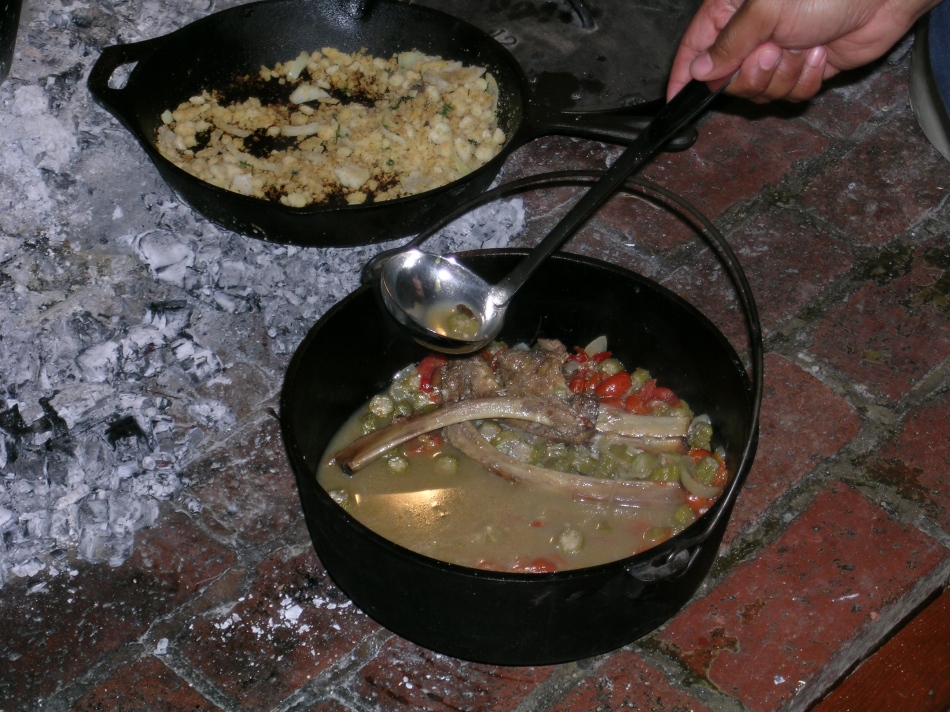 (She probably means a cayenne or fish pepper!)

sprinkle in one-half of a cup of flour. Allow these ingredients to brown. Prepare as for stew six crabs.
Add these with one cup of okra and one quart of water, and simmer two hours; add
one cup of rice, one quart of water.. Simmer until rich and thick, adding more
water, if necessary, and serve with slices of lemon peel.