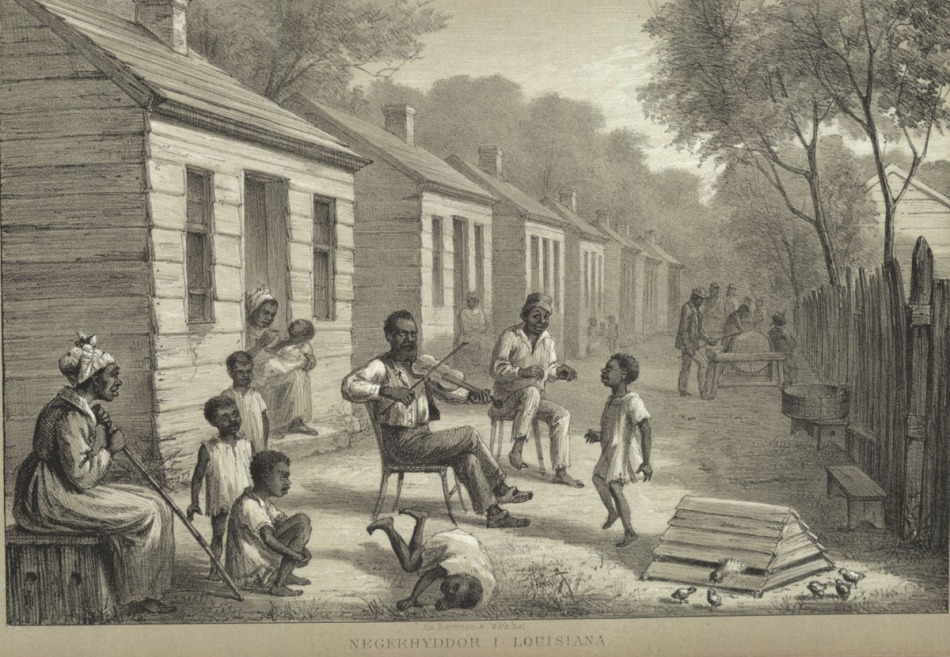 If there is some plantation myth about Black cooks in the enslaved and pre-Civil Rights South, its basically that all genteel cooking was done by gifted plantation cooks and their army of “pickaninnies,” (their word not mine!!!!!!!)  (By the way the word “pickaninny” is West African pidgin English and ultimately derives from Spanish/Portuguese, “pequeno nino” (where are my TILDES!!:??)  I have even read descriptions of Black women being bid to dance on cornshucks to polish wooden floors–yes really–shuffling and singing–that’s what the book said.

Cooks took great pride in their work.  If they were treated well, they were able to enjoy a certain measure of mental freedom.  Of course most enslaved cooks were small scale.  They may have had to cook for a small farm alongside white women.  On larger holdings, one man or woman was given the position, and often their spouse/children were household support staff depending on the needs of the estate.  And yes there were male cooks throughout the colonial era into the antebellum period.  And their name wasn’t Uncle for G-d’s sake.

Uncle.  My father said that when he went down South, a white man was always called “suh.”  One of my Father’s more terifying experiences was calling a white man “Sir.”  Which my Father did like any other older person and looked the white man in the eye.   The bastard who yanked him by the arm in the presence of my Grandfather demanded that my Father say “Yassuh,” and this prompted my Grandfather to take his son and get out fast muttering something about how his son wasn’t from South Carolina and didn’t understand.  My Father got used to the word “boy,” and he remained a “boy” right up until he went to Vietnam.  When he came back we weren’t “boy” anymore.  On the other end of the spectrum was “Uncle.”  Uncle and Aunt were probably Plantation Creole expressions communicating respect.  Remember—West African kinship systems didn’t have the same terminology for kin/blood/fictive kin–so the more simplistic nuclear/extended family terms had to suffice.  When white charges of cooks and other domestic staff got hold of these terms they quickly melted into sappy drops of racially condescending drivel.  So it stuck–Black men were Uncle when they were older, boy when younger, they were never allowed the moniker MAN.

The Black male cook is a shadowy and unfamiliar figure to most.  This archetype died out when Benson went to go work for the Governor and had that weird sexually tense relationship with Krause–you 70’s and 80’s babies are chuckling to yourselves….It had sort of weird House negro meets Nazi connotations that are uncomfortable if you think about it–anyways…..want a clue of what I’m talking about…here…http://www.youtube.com/watch?v=TiH7O3mgTnw&feature=related   Note the comment about “everytime Congress wants to make cuts they give themselves a raise.”

Robert Guillaume played Benson on a previous show called SOAP a dramedy that was kind of ahead of its time.  His character, Benson, the cook to the Tate family—was every bit the cantankerous Black male chef that I encountered in narratives and historical references.  These were crafty, cleaver, intelligent, worldly men.  And there were a lot of them.  While women did much of the home cooking, and had come to the forefront during the late antebellum era as head cooks, you would be surprised to see the number of Black male cooks during slavery.  My guess is that many of these men started running off, skills intact.  Enslaved women rarely left their children behind.

Black male cooks were a special lot.  They could be as educated as James Hemmings/Peter Hemmings of Monticello fame or Hercules (Uncle Harkless?) of Mount Vernon.  Or they could pick up skills from their parents or those who trained them.  They were always personalities….They had a ton of leeway.  Sam at Riversdale Manor in Maryland was a fantastic cook but he was not interested in being enslaved.  One “saucy and impudent” man from Delaware in the 1850’s, obviously an early African American gay man–was noted as being able to cook as good as a woman and ran away from slavery–and succeeded by disguising himself and crossing into Pennsylvania–in drag.  Some Black men ran away and became caterers, others hopped on ships and cooked, others were soldiers to the Union during the Civil War.  We have multiple stories available to us.

When I think about my Father and some of the things he tried to teach me when I was younger, I think about the fathers of slavery and emancipation/Reconstruction.  They were cooks too–they gave us barbecue!! They taught us to fish, they roasted sweet potatoes in the ashes, made liquor from persimmons and had secret lettuce gardens in the woods….Alongside our great-great-grandmothers they gardened by moonlight and showed us how to skin rabbits and leave a pelt intact.  Glory be to all the ancestors, but lets not forget what our Grandaddies did for us.   They brought home treats to us–walked miles to see us on a Sunday, and put rocks in our sacks when we couldn’t make quota…..And not a one of them was named Uncle.

Why do I do what I do?  Because I am still on this mission to be an intuitive, foraging, hearth cooking, heritage breed, heirloom sourcing African American cook mastering the 18th and 19th century culinary canons.  I want to  bring honor to these men, recall what our grandmothers did for us, and revive the respect that they seemed to lack in life from their captors.  Every time I cook, every time I stir a pot, I want to make them proud of how far we’ve come and I want to teach the present generation that we have a lot to admire in the people of the past.