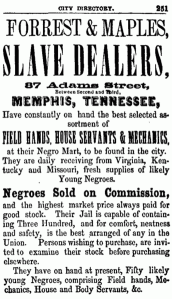 In honor of the Civil War…stuff…Mississippi’s divison of the SCV (Sons of Confederate Veterans) wants to honor with a license plate General Nathan Bedford Forrest—a Confederate hero and the founding father of the Ku Klux Klan.  The Klan, America’s original terrorist organization….

nathan bedford forrest….who was a wealthy slave trader—who made a lot of his money splitting apart families, overseeing the rape of defenseless women, the demeaning physical abuse of men and children, the selling of human beings in the world’s foremost democracy by weight and value…

“The slaughter was awful. Words cannot describe the scene. The poor, deluded, negroes would run up to our men, fall upon their knees, and with uplifted hands scream for mercy but they were ordered to their feet and then shot down. I, with several others, tried to stop the butchery, and at one time had partially succeeded, but General Forrest ordered them shot down like dogs and the carnage continued. Finally our men became sick of blood and the firing ceased.”

I am very sympathetic to my friends in the reenactor community that do Civil War interpretation….I have cooked at the birthplace of Robert E. Lee and know many historical interpreters who work with this period of history…however, never in all of this time has the name of Nathan Bedford Forrest–may his name be erased–been uttered.  I have respect for the SCV, because I am descended from one, Captain Richard Henry Bellamy of Alabama who was captured at Vicksburg.  I am not one who equates heritage with hate.  A confederate flag doesn’t mean the same thing as a swastika to me, even though it might had I been alive during the Civil Rights era when it was used to antagonize and strike fear in the hearts of the brave women and women who stood up so I could have the right to blog this…But these are different times (are they?) and the context of such things is different from what it used to be.

Sons of Confederate Veterans member Greg Stewart said he believes Forrest distanced himself from the Klan later in life. It’s a point many historians agree upon, though some believe it was too little, too late, because the Klan had already turned violent before Forrest left.  “If Christian redemption means anything — and we all want redemption, I think — he redeemed himself in his own time, in his own actions, in his own words,” Stewart said. “We should respect that.”

Remember the story about the feathers?  Its a priest, a rabbi, a this or that, telling a person that they have to make up for their wrongs by taking a feather pillow shaking it in the air and gathering up all the fallen feathers and they get told…now go pick them up…the person realizes that they can’t possibly pick up all the feathers–and the cleric says, now go apologize……to all you have done wrong and all those who have done wrong as well in return and so on….

Hey, instead of doing a license plate to honor a man who massacred American troops–African-American troops–imagine these brave men who fought for their country being shot, hung, castrated, bayonetted, mocked as they were dying—how about we as a society make an effort to pick up all the feathers and move on.

In the words of Nina Simone…”Mississippi….G——damn….”

2 comments on “A License Plate to Honor Nathan Bedford Forrest?”